AACTFest 2021 will feature a number of keynote speakers,including those listed below. More will be announced over the next weeks.

Jeff Calhoun is a Tony nominee for Disney’s Newsies and Deaf West Theater’s Big River. He directed both the world premiere and international productions of Disney’s High School Musical: On Stage and Disney’s High School Musical 2: On Stage. His work on Broadway’s Grease earned him a Tony Award Nomination for Best Choreography. He also provided choreography for Xena: Warrior Princess (The Bitter Suite), Downtown, Happy Together, and Weekend Warriors. He recently directed Cyndi Lauper & Friends: Home for The Holidays and A Night of Covenant House Stars on Amazon Prime. Jeff is an associate artist at The Ford’s Theater in Washington D.C., and serves on the Board of Directors for Covenant House International, a not-for-profit organization that shelters and cares for homeless and trafficked youth in 31 cities, across six countries. Jeff is also a Guest Festival Adjudicator.

Frank Galati won two Tony Awards for his adaptation and direction of Steppenwolf's production of The Grapes of Wrath on Broadway, and was nominated for a Tony Award in 1998 for directing the musical, Ragtime. He has been a member of the Steppenwolf ensemble since 1985. His productions at the Goodman Theatre, where he was an associate director from 1986-2008, include The Winter’s Tale, The Good Person of Setzuan and Cry the Beloved Country. He is a professor emeritus in the department of performance studies at Northwestern University, and an artistic associate at Asolo Repertory Theatre in Sarasota, Florida, where his adaptation of James Agee's novel A Death in the Family is set to open in April. His adaption of Kafka on the Shore, which premiered at Steppenwolf will open in Zagreb, Croatia, on May 22.  Frank is also currently working on a new musical called Knoxville, with Lynn Ahrens and Stephen Flaherty.

Philip Hernandez is the only actor in Broadway history to have played both Jean Valjean and Inspector Javert in Les Misérables. He made his Broadway debut in the original cast of the Tony Award-winning musical, Kiss of the Spider Woman, directed by Harold Prince. In Kiss, he created the role of Esteban, and later went on to play the impassioned revolutionary Valentin in London and on Broadway. Philip created the role of Reverend Gonzalez in the original cast of Paul Simon’s The Capeman, and played Juan Peron in Harold Prince's 25th Anniversary North American Tour of Evita. On the concert stage he has worked with the New York Philharmonic under the baton of Leonard Bernstein, Robert Shaw and Zubin Mehta, and with symphony orchestras throughout the United States. Philip teaches audition and performance technique in NYC, and master classes and workshops across North America. 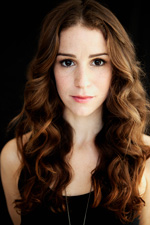 Chilina Kennedy is the Artistic Producer of Toronto’s Eclipse Theatre Company, but is best known for her work on stage. Her Broadway credits include the role of Carole King in Beautiful – The Carole King Musical for over 1200 performances, and Mary Magdalene in Des McAnuff’s Jesus Christ Superstar.  Off-Broadway, she originated the role of Binky in This Ain’t No Disco. She also played Sophie in the first National Tour of Mamma Mia!, and recently was Dina in the International Tour of The Band’s Visit. Regional performances: Phoebe in A Gentleman’s Guide to Love and Murder (San Diego Critics' Circle nomination), the title character in Evangeline (original production and album), Ross Petty’s pantomime The Little Mermaid (Toronto Theatre Critics Award), and three seasons at the Stratford and Shaw Festivals. She is currently developing a show with Eric Holmes, Call It Love. 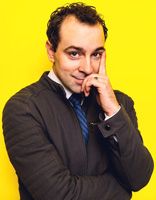 Rob McClure comes directly from playing the title role in the Broadway production of Mrs. Doubtfire. He has received Tony, Drama League, Astaire, and Outer Critics Circle nominations, and won both Theatre World and Clive Barnes awards for his performance in the title role of Chaplin: The Musical. Other Broadway credits include Adam Maitland in Beetlejuice, Nick Bottom in Something Rotten!, Tim in the Roundabout Theatre Company’s revival of Noises Off, and the roles of Princeton and Rod in Avenue Q. He charmed crowds at New York City Center Encores! in Where’s Charley? and Irma La Douce. He has appeared at the Cleveland Playhouse, the American Repertory Theatre, St Louis’s Muny, Paper Mill Playhouse, The Old Globe, Delaware Theatre Co., Flat Rock Playhouse, McCarter Theatre, and La Jolla Playhouse. Rob's appearance in the award-winning short film Recursion (directed by Sam Buntrock), earned him Best Actor at both The Queen’s World and Williamsburg Independent Film Festivals. Recent TV credits include CBS’ Person of Interest, Elementary, EVIL, & The Good Fight.