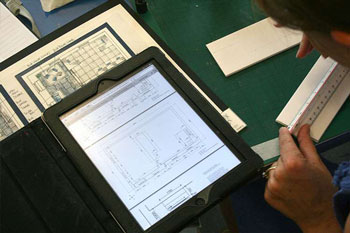 Lighting designers know how to make the best use of the subtle and powerful medium of light, creating effects that can be changed at will to match the mood of the action.

At its most basic, stage lighting functions to make the actors and their environs visible to the audience. But it can also be used to:

The lighting designer begins by reading the script to be produced noting the type of light it calls for in each scene. Designer and director share their ideas about how light could be used to enhance the production concept at their first meeting. Early meetings with the set designer are also important because the set and lighting designers must collaborate on how to achieve the desired "look" for the play. The plan for the set may influence the placement and direction of the necessary lighting instruments, so flagging any potential problems in this area as early as possible makes sense.

Lighting designers attend rehearsals to get a feel for the lighting cues and to plan how to light the actors as they move from place to place on stage. When the blocking is set, the lighting designer can start to work out which lighting instruments will be used and where each one will be located.

The planning tools lighting designers use include:

Lighting designers usually combine both direct and indirect light to illuminate the actors and objects on stage. Direct lighting comes from a definite location and illuminates specific areas; indirect lighting washes over the entire area to be lit and doesn't appear to come from any one specific location.

The amount of light needed to clearly illuminate an object on stage depends on the object's:

There are four properties lighting designers can control to create a vast array of effects:

The lighting designer will meet with the director and the design team (set, costume, and sound designers), to discuss the details of the set and the director's interpretation of the play. The set, costume and lighting designers also meet and work together to ensure the creation of a unified look and feel for the production. A lively exchange of initial ideas and first impressions helps clarify the steps that each person needs to take in this intensely collaborative process.

Once the show opens, the designer's work is essentially complete. Now it's normally the job of the stage manager and light crew to make sure that every aspect of the production runs just as the designer intended, time after time, until the production closes.

The Master Electrician is responsible for taking the lighting plot and making sure that all lighting units on the plot are hung in the correct locations and actually work. Coordinating the numbers of lights and circuits and allocating cabling, gels, and other accessories are the most important aspects of this role. In many theatres, the lighting designer often ends up sharing many of the typical ME roles, so the job gets done by both.